The past decade has seen a boom in Internet penetration levels as smartphones have become cheaper. As much as this is a good thing, it poses great danger to the less technology savvy as con men have found new grounds for catching their prey.

Through a series of blogs, we will discuss how to take care of yourself on the internet. Today, we talk about Phishing.

What is a Phishing Attack?

Phishing is a term used to refer to the act of pretending to be a known organization /company so that a user may reveal their personal information. They then use this information to defraud you or sell it to someone who can.

These kinds of attacks have become notoriously common in Whatsapp groups, the unsuspecting victims receive links in the form of messages and are asked to share to as many people as possible to increase their chances of receiving a gift or prize of some sort. A recent example was one promising youths of funding that managed to even get the attention of the government, this however is but a drop in the ocean.

How do I protect myself?

Be very careful about links that ask for your personal information and nothing else and offer gifts or money.

These sites often have a sort of counter, either a clock ticking down or the number of individuals who have already benefited to push you to make the decision hastily. Major red flag, run away!

Browse around any suspicious site, if it doesn’t have any other pages,run away!

Look at the url, does it belong to the organization it purports? Government organizations use country domains, e.g .co.ke . Slight deviations of urls like nikey.com instead of nike.com are also major red flags.

Hopefully, you will be much more vigilant as you surf the web. If you enjoyed the blog, share or comment below what you would like us to speak on next! 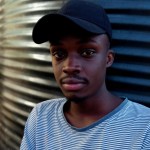 What are Virtual Machines?